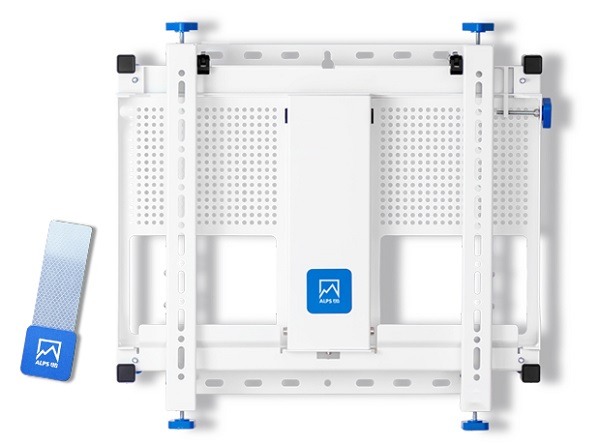 The company recognised that installers needed a better solution to avoid pressure damage to screens. The product is currently awaiting patent approval.

No-Touch means that there is never a reason for the screen to be touched. With most screen manufacturers not providing warranty for pressure damage, installers were under increased pressure when it came to mounting video walls, digital signage or recessed screens.

The new solution includes eight-point micro-adjustment, built-in equipment rack, large comfortable hand wheels and more. AlpsAV was launched by Reintechnik Austria in 1996. The company saw the need for innovation and products that not only supported new technologies in screens, but also the installers of these products.