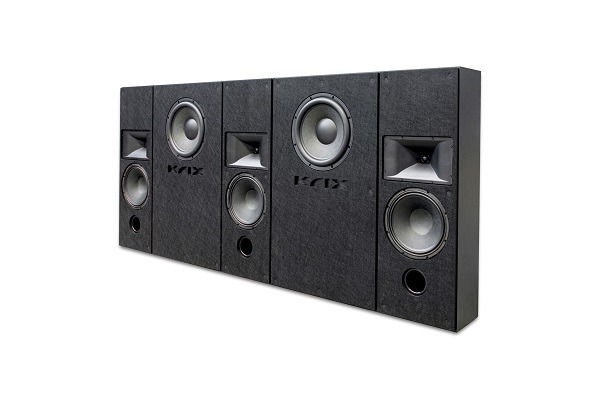 After releasing the Series MX modular screen speaker in 2015, nicknamed “the wall of sound”, customers now have access to the latest Series MX range: the MX-5 and MX-10.

The easy-to-install modular system is placed behind an acoustic transparent screen to replicate the overall performance of a large cinema in a residential space. The slim design of the modules means that the Krix installations can take up as little space as necessary while providing a commercial-grade sound.

Both models use passive subwoofers with the servicer in mind, nothing that may require technical attention is placed behind the screen.