Win An All-Expenses-Paid Job at RØDE HQ in Sydney!

In 2018, RØDE has upped the ante. First, the competition this year offers the world’s largest short film prize pool – $1 MILLION – and more film categories to enter than ever before, including a brand new film category titled The Pitch. 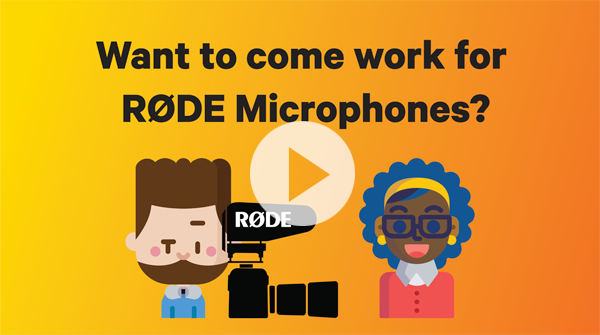 To be in the running, entrants will need to create and submit a 3-minute video “pitch” highlighting their creativity, skills and personality. Entrants are given complete creative freedom and are encouraged to think innovatively for a greater chance of winning.

WHAT’S THE PRIZE? A JOB AT RØDE, ALL EXPENSES PAID

The winner of “The Pitch” will be offered the opportunity to work at RØDE HQ in Sydney, Australia for up to 12 months. Depending on the winner’s abilities and interests, they will become part of the RØDE Production Crew in any number of creative areas in the field of film and production, including (but not limited to) pre-production, assistant camera operator or camera operator, sound recordist, boom operator, editor or editor’s assistant, archiver, file manager, set runner, location scouter, researcher, artist liaison and so on.

Courtesy of RØDE, all of the winner’s expenses will be paid including return flights, living expenses, accommodation, food, transport, medical insurance and reasonable spending money.

“’The Pitch’ is unlike anything we’ve ever done before,” comments Damien Wilson, CEO of RØDE. “I’m incredibly excited to see the entries of budding filmmakers and producers from all over the world, and even more excited to meet the winner when we fly them out to Sydney. They’re going to have an incredible time at RØDE!”

The post Win An All-Expenses-Paid Job at RØDE HQ in Sydney! appeared first on CX Network.