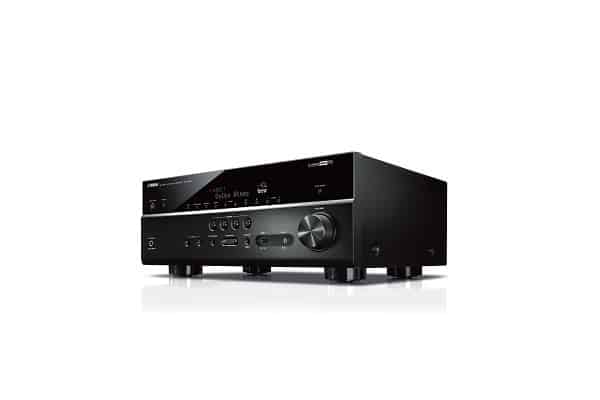 They all feature MusicCast Surround, giving users the ability to build a 5.1-channel surround sound system with wired speakers for the front channels (left, centre and right speakers) and wireless speakers for the surrounds. It also supports the option of using a wireless network subwoofer.

All new models come fully-loaded with an array of wireless technologies including Wi-Fi, Bluetooth, Apple AirPlay and Spotify Connect. They support built-in streaming services including Spotify, TIDAL, Deezer and thousands of free Internet radio stations – all accessible via the MusicCast app. They will also feature voice control via Amazon Alexa-enabled devices such as the Echo and Echo Dot.

All feature Yamaha sound technologies, such as YPAO auto-calibration and CINEMA DSP, which transforms the listening environment to recreate a genuine acoustic experience.

The MusicCast BAR 400 and MusicCast BAR 40 sound bars provide great images when connected to the latest 4K Ultra HD TVs and source players, with surround sound performance through the use of DTS Virtual:XTM. Both models feature HDMI in/out with ARC and CEC, as well as optical and analogue inputs.

The versatile MusicCast 20 and MusicCast 50 wireless speakers stand out for their flexibility. Both can be used as standalone audio systems or with existing MusicCast components for multi-room audio linking or used as wireless surround speakers with MusicCast Surround-enabled AV receivers.

In a MusicCast Surround configuration, only a single MusicCast 50 is needed to produce two surround channels. The MusicCast 50 delivers the highest performance of any standalone MusicCast speaker and features a lower profile to fit discreetly into more places at home.

The MusicCast SUB 100 can be paired wirelessly with the new MusicCast AV receivers as an alternative to a wired subwoofer, allowing for easy placement anywhere in the room. It can also be paired with either a single or two MusicCast 20 or MusicCast 50 speakers. It also features an auto-crossover that adjusts automatically depending on which device it is paired with.